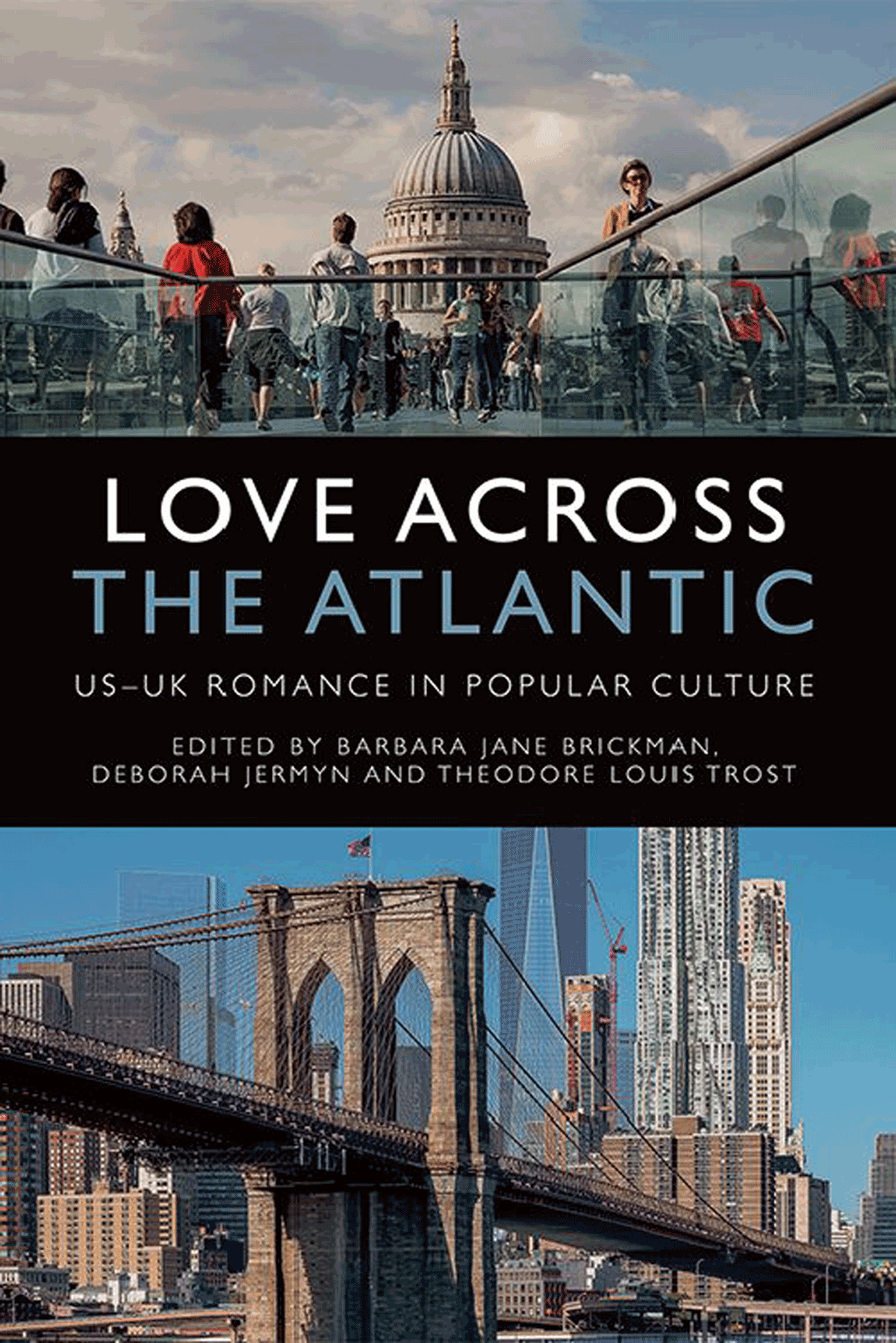 In their vivacious opening chapter to this exciting and varied collection of essays on the romance and ramifications of the ‘special relationship’ between the US and the UK, Alexis Weedon and Karen Randall conjure the glamour and high style of the Cunard-White Star liners which were the preferred mode of transatlantic travel for Elinor Glyn and the Hollywood stars in the 1920s. The first-class accommodation and five-star appeal of these hotels on the seas convey the vintage glamour of the travel between the US and the UK, picking up on associations with luxury, freedom and opportunity. However, by drawing attention to the financial ballast that the European immigrants provided for Cunard-White Star, Randell and Weedon indicate that this book is not going to be a pure celebration of the glamour and fantasy of the ‘special relationship’.

Several chapters of this edited collection consider the significance of transatlantic heroes and heroines in literature, film and television. Whether it is the Americans in the Regency novels of Eloisa James and Maya Rodale, or the Brits in televisions series You’re the Worst (2014–19) and Looking (2014–16), or indeed the sharp focus on the concocted culture clashes in Bridget Jones’s Baby (2016) and The Holiday (2006), the editors have assembled a collection here that begins to map out the long-standing social dynamics and political codes of these familiar characterisations, and their moral, political and cultural denotations.

The section on transatlantic spaces, ‘Love Beyond Borders’, is an inventive take on how cities, including specific areas like London’s East End, and landscapes such as the Surrey Hills or ‘sunny L.A.’, can be overlaid with concepts about US/UK lifestyles and romantic possibilities, and also how discourses such as gentrification and cosmopolitanism are mobilised through depictions of romance conducted in and across certain locales. For example, in Catastrophe (2015-), likening Hackney to Boston places the television series in a particular milieu of the urban elite, to which Frances Smith claims US audiences will readily relate. Jay Bamber examines Working Title’s relationship with Americanness, in particular how invocations of British literary traditions and American emotional literacy are recurrent and dependable in films such as Notting Hill (1999), Four Weddings and a Funeral (1994) and About Time (2013). Questions of transatlantic communication, and miscommunication, through language, sound, music, and understandings of romance, are considered in texts that range from these Working Title films to the phenomenon of The Beatles. These chapters highlight the embeddedness of the transatlantic romantic ideals in US and UK popular cultures, but the authors also test these ideals, probing nationalistic ideologies and exposing the indulgence of often reactionary messaging, founded, as Alice Guilluy argues, on ‘mistrust, the performance of moral superiority, and strong familiarity’.

It is the final section on ‘Political coupledom: flirting with the special relationship’ where the ‘special relationship’ is laid bare in a set of excoriating chapters that examine the Thatcher/Reagan, Blair/Bush and Trump/May dynamics, viewing through the prisms of romance, bromance, and the odd couple, respectively. The dangers of over-allegiance are spelled out by Hannah Hamad when she recalls Blair’s words to Bush revealed in the Chilcot report: ‘I will be with you, whatever’. I was reminded of Jeremy Paxman’s question to Blair on Newsnight about whether he and Bush prayed together: it was dismissed by Blair with derision, but the believable image that the question conjured up reflects damningly on the apparent delusions of that particularly infamous bromance. In a different respect, the cringeworthy scenes of May and Trump holding hands is pitched as yet another British prime minister demeaning themselves in pursuance of the relationship that is deemed so special in their eyes, and perhaps only in theirs. The constitutional crisis faced by Britain at the time of the May/Trump meeting, and indeed, in ongoing times, bitterly undercuts much of the smiling bonhomie and highlights the flagrant desperation of May, in Neil Ewen’s words, to ‘reanimate the cultural script of the transatlantic special relationship’, notably when faced with Nigel Farage insinuating himself into the intimacy that the PM might have “enjoyed” were they entirely different individuals. Without an established relationship between Boris Johnson and Joe Biden at the moment, and with the knowledge that Biden has removed the statue of Johnson’s idol Winston Churchill from the Oval Office, Britain is currently faced with an unknown quantity across the pond, and, given Biden’s description of Johnson as a clone of Trump, their future relationship is not easy to imagine.

The final chapter concerns the Meghan and Harry romance, here assessed prior to the disappointments and/or reliefs of Megxit due to the timing of this publication. Seeing the discourses of racism, classism and downright snobbery at work in the press coverage of Meghan Markle, Nathalie Weidhase acknowledges the national mood-lifting role that the royal wedding fulfilled, and the promise that Markle’s racial and international background held as a means of legitimising some of the royal family’s offices and roles. The chapter ends with the observation that ‘it remains to be seen how the current enthusiasm holds up once the wedding sparkle wears off’. Following the couple’s decision to ‘step back’ from royal duties in January 2020 to relocate to North America, and their explosive interview with Oprah Winfrey in March 2021 alleging racist attitudes withing the royal family, that ‘wedding sparkle’ was soon sullied and the ramifications of the transatlantic split in the royal family are yet to be played out. The overriding impression left at the end of reading this provocative collection of essays is that there is already an urgent need for a further volume.

One of the editors of the book reviewed, Deborah Jermyn, is on the Advisory Board of the book series the author co-edits, Visionaries (https://edinburghuniversitypress.com/series-visionaries-thinking-through-female-filmmakers).