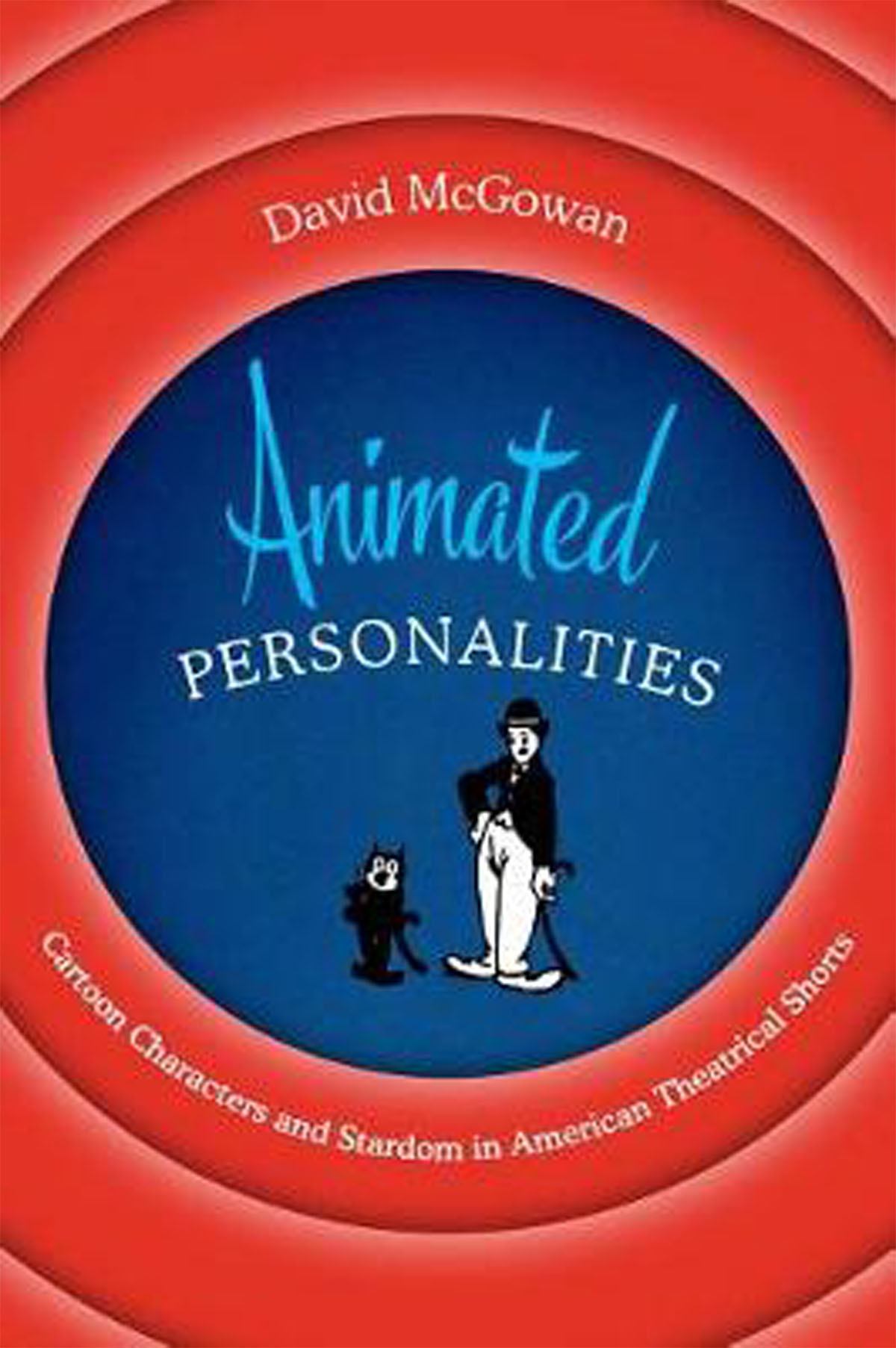 By examining the on- and off-screen lives of the likes of Mickey Mouse, Betty Boop and Daffy Duck in Animated Personalities, David McGowan aims to argue that these very much fictional characters can and should be regarded as equal to their live-action, ostensibly flesh-and-blood counterparts.

While this may at first seem a controversial suggestion or a superficial approach to understanding these characters, McGowan’s book quickly dispels this notion before going on to present a well-reasoned, comprehensive and multidisciplinary study which makes meaningful and original contributions to not just animation studies, but star studies as well.

McGowan dedicates the majority of the book’s introduction to justifying the equivalence he aims to draw between cartoon characters and conventional movie stars. He does this firstly by appealing to a number of popular and journalistic sources from across the decades which blur the lines between the two, and then by engaging with the academic star studies corpus, naturally focussing on the work of Richard Dyer. Though he acknowledges that much of this existing research ‘has tended to presuppose a corporeal subject’ (3), McGowan convincingly challenges this assumption. Building on ideas put forward by Donald Crafton in Shadow of a Mouse (2013), he argues that Dyer’s suggestion that ‘authenticity’ is ‘a quality necessary to the star phenomenon to make it work’ (1991, 133) is not incompatible with the fact that ‘most aspects of the star’s persona are artificial’ (3). Instead, Dyer claims that the live-action star’s persona is ultimately as much of an artificial construction as that of the animated character. This reconfiguration of some of star studies’ essential truths is the crux of McGowan’s contribution to the field. ‘If Mickey claims to have a private life’, he asks, ‘does the underlying fact that he is, really, “only a drawing” impact on his star status?’ (15).

The other key move McGowan makes in his introduction is to make a crucial distinction in the service of outlining the scope of this approach. ‘Animated star’ in this context does not refer simply to any well-known animated character. Using Toy Story’s Woody and Buzz as his counterexamples, drawing on Paul Wells’ account of the characters’ stardom (2003), he argues that the kinds of characters who typically inhabit animated feature films lack the implication of an off-screen identity and the peculiar version of on-screen continuity often exhibited by the stars of ‘Golden Age’ animated shorts. McGowan notes that ‘one can often identify a disjunction between the studio-era cartoon star and the characters they “portray”’, gesturing to the loose inter-film continuity that finds Daffy Duck, recognizably himself, alternately ‘portraying’ a cowboy, spaceman or musketeer from short to short.

Though perhaps this book’s most significant conceptual interventions in the fields of stardom and animation come in its introduction, this is a substantial volume, and its main body contains a thoroughly comprehensive historical and theoretical account of the ‘careers’ of these animated stars. Split into three sections, the first sees McGowan draw on an impressive range of primary sources to present a history of Golden Age animated stardom. Parallels are drawn between the development of the live-action and animated star systems, up to and including the deployment of both sets of personalities in the Second World War and, in one of the book’s most illuminating passages, in the pages of the racy bootleg pamphlets known as ‘Tijuana bibles’.

The second section focuses on conceptualising animated stardom through the reapplication of existing scholarly accounts of live-action screen performance, including Steve Seidman’s notion of the ‘comedian comedy’ genre (1981) and its blurring of the lines between character and performer. McGowan also compares the respective restrictions imposed by the live-action and animation studio systems, by way of analysing the conflicts between cartoon characters and their Hollywood ‘employers’ often dramatized in films like You Ought To Be In Pictures (1940).

Finally, McGowan examines animated stardom in the years following the decline of the theatrical cartoon, picking up with the careers of characters old and new as animation transitioned to television. Indeed, one of the book’s only real limitations is that it doesn’t look closely enough at its subjects’ more recent appearances in the likes of Space Jam (1996), House of Mouse (2001–2003) and The Looney Tunes Show (2011–2014). With their lack of inter-project continuity and shared creative DNA, these modern iterations retroactively problematise McGowan’s idea of the animated character-as-contracted performer presented relatively consistently in the earlier films and their paratexts. The public profile of these characters has fluctuated drastically since the studio era both in terms of their popularity and the manner in which they are depicted. While McGowan nods to the above examples as evidence of the characters’ continued relevance, a more thorough engagement with these contemporary ventures and the ways in which they retain or reject the tropes of animated stardom could provide an intriguing counterpoint to the Golden Age shorts.

This is not really a shortcoming of the book, however, and more a symptom of its given scope which may lead to further investigations, whether from McGowan himself or others building on the vital work he does here. Animated Personalities is an exemplary synthesis of historical research and theoretical interventions, opening up new avenues of study and making an important contribution to two significant fields.