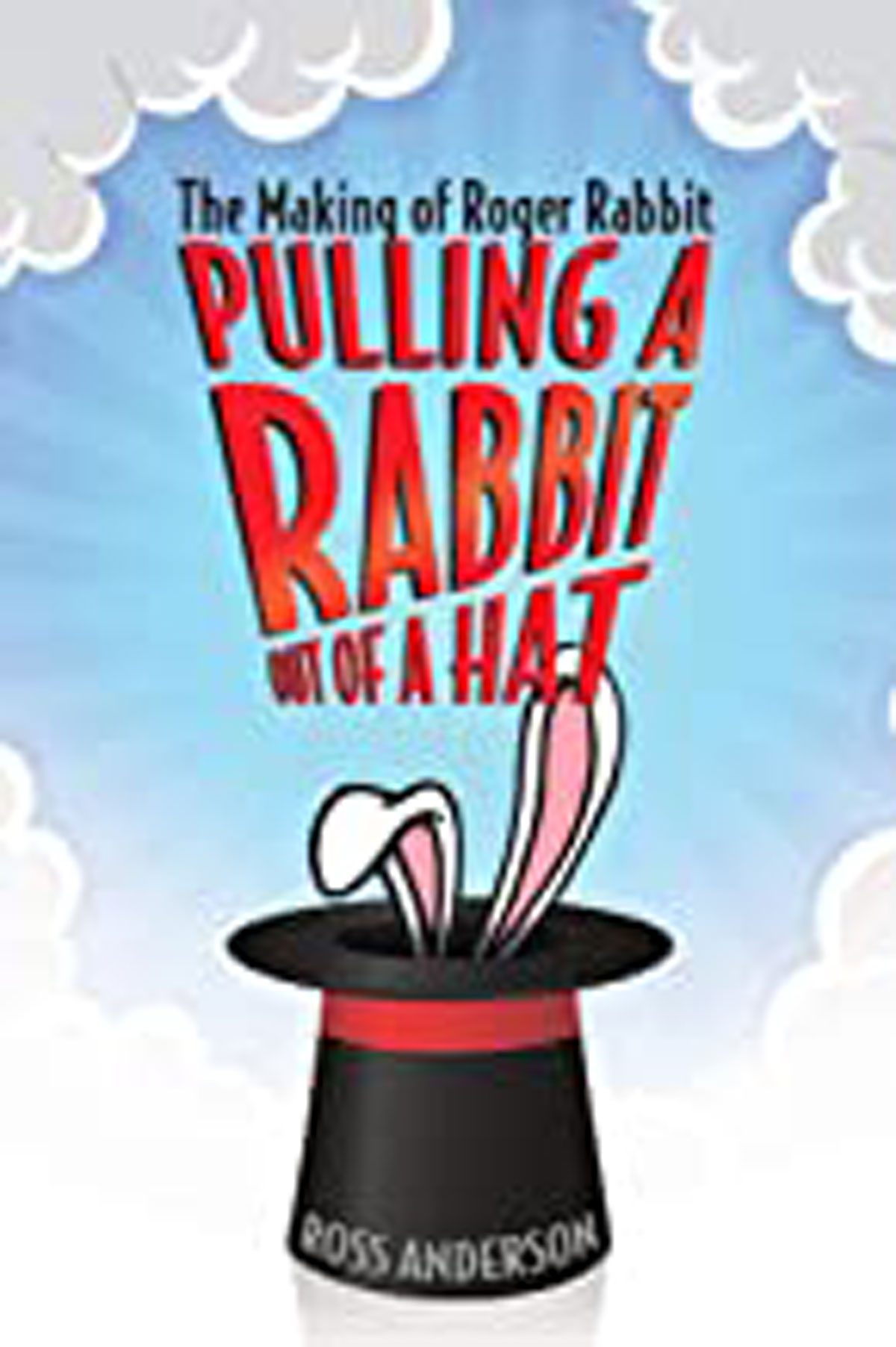 Much like the energetic Roger Rabbit, Ross Anderson’s The Making of Roger Rabbit: Pulling a Rabbit out of a Hat (2019) is a lively piece of scholarship that juggles the opinions of a wide variety of interviewees. To be clear, this is not necessarily a shortcoming, given that every reader of this review will attach value to different aspects of scholarly writing, and I found the often-conversational register and energetic use of original interviews made Anderson’s book a real page-turner. On the flip side, there were many occasions where Anderson’s refusal to engage with established – and useful – scholarship left me with the feeling that breadth was of higher value than depth to the author.

The range of original interviews offered throughout the book, with over 160 interviews conducted by Anderson over approximately seven years of preliminary work, is genuinely staggering. Although no methodological detail is offered, which would have helped readers better understand how Anderson navigated the challenges frequently encountered when gathering oral testimony, the inherent value of such a large-scale oral history project lies in the opportunity to recover a sense of the creative community that orbited the Roger Rabbit project. Furthermore, given the ages of many of those individuals interviewed by Anderson, it is clear that the work undertaken is both timely and of lasting importance as a point of reference for those keen to learn more about the individual battles, journeys, and contributions that are bound up with the story of Roger Rabbit’s production.

The early chapters focus on the initial development of Roger Rabbit, with the interviewees painting a picture of inconsistent decision making and creative conservatism. Yet it is here, in the first third of the book, that Anderson’s decision to maintain this narrow focus on oral testimony feels unnecessarily brittle, a characteristic that could have been avoided had Anderson drawn on established and respected points of reference such as Janet Wasko’s work on Disney and business (2013, 2020), John Wills’ (2017) and Eric Smoodin’s (2013) engagement with Disney and culture, or James B. Stewart’s account of Disney’s Boardroom battleground (2005).

The middle chapters (four through seven) of the book contain Anderson’s best work and his most valuable contribution. Here, the absence of extensive secondary references clears the way for the oral testimonies to take the reader to the very heart of Roger Rabbit’s production, spanning the UK and the US. While lip service is frequently played to the collaborative nature of film production, very few scholars have gone to the lengths that Anderson has to establish this through oral testimonial. By bringing so many individual perspectives together, Anderson allows the reader to see beyond the auteur narratives that characterise most discussions of this film and the work of Animation Director Richard Williams – who was undeniably a key creative force behind the production of Roger Rabbit. Anderson’s rich array of personal perspectives allows a fresh way of looking at both Williams, while also casting light on the many important individuals who played critical roles in facilitating and supporting Williams’ vision.

Anderson allows the words of his interviewees to paint a picture of an intense production, being a professional space where expectations were high due to the long-standing mindset of seeing animation as a calling, where only the most durable are likely to survive. Quoting Stephen Cavalier, Anderson writes:

There was some culture clash between the ‘alt-creative’ kids, the older British, ‘European art school’ animators, and the ‘old’ Disney animators who were brought in, but everybody dug in to get the job done. While the career animators relished the Disney crew jackets, Roger Rabbit alarm clocks, and ‘We Can Do It’ buttons, the cynicism of the alt-creative British youth group kicked in. They would rather have had paid overtime. (79)

Beyond the enculturated tensions, highlighted by Cavalier, Williams’ behaviour is a source of frequent comment, and it is easy to see how the Animation Director contributed to the elevated production tensions:

Williams’s tantrums were often a result of people not following his instructions, but they were also linked to him being away for a longer period of time than his instructions covered. If people took initiative, he was likely to be all over them. Nik Ranieri relates that his first work after being made up as an animator was a scene with Baby Herman. He thought that the poses given to him by Williams were just suggested layout poses and he did his own key animation poses. When Williams saw that his poses had not been followed, he screamed, ‘You changed my drawings! My thirty-five years of experience against your five years of college and work!’ Later, Ranieri was working on the scene with Roger Rabbit escaping from the Weasels at the Terminal Bar. Williams was away and Ranieri had finished the work that Williams’s instructions had covered. Ranieri chose to continue on with the scene and when Williams finally returned Ranieri was screamed at again. (95)

Clearly, such behaviour is not professional and should not be excused with the weary defence of Williams being a flawed creative genius, and it is sad to see the way that Anderson’s interviews reveal how deeply engrained and accepted this climate of persistent crunch and aggressive creative review became during the production of Roger Rabbit.

Of course, Williams was not working in a power vacuum, and much of Williams’ own microaggressions were likely triggered by the hard stance adopted by Jeffrey Katzenberg above him, and by Michael Eisner above him. Anderson does a good job of weaving this Boardroom narrative into his story. Having noted how Eisner had lost patience with ‘the production delays and the ballooning costs’ (p. 110), Katzenberg was tasked with reining in Williams. Anderson then offers a particularly damning account of Katzenberg’s managerial style, by quoting the following exchange:

Consequently, Williams then addressed his crew shortly after this exchange, remarking: ‘Everybody has got to work for all the time that they have and with all the energy they have in their bodies. You either do this, or you just leave!’ (138–39).

Concluding his book with a discussion of post release tie-ins, Anderson then presents a short account of the Disney Studios between 1966 to 1984 in an Appendix, before offering a raft of biographical profiles of many of the key individuals involved in the production. These final instalments in the book provide a fitting conclusion, staying true to Anderson’s overall objective to provide the fullest account possible of the many individual contributions to this iconic film, while allowing readers a more targeted way of engaging with the detail.

Ultimately, whether you enjoy reading Anderson’s book will depend on how willing you are to relax your requirements of the scholarship on show. If you place a high value on understanding how Anderson’s methodology was designed and employed, then you will be left wanting. However, it feels very much to me that Anderson has written this book as a crossover work, which seeks to get right into the detail of the oral testimonies, and thereby keeping the interest of a more general readership, while at the same time offering just enough scholarly judgement in the use of his primary research to satisfy the more academic reader. Undoubtedly, this will remain an important point of reference for many years to come for those wanting to learn more about the production of Roger Rabbit.